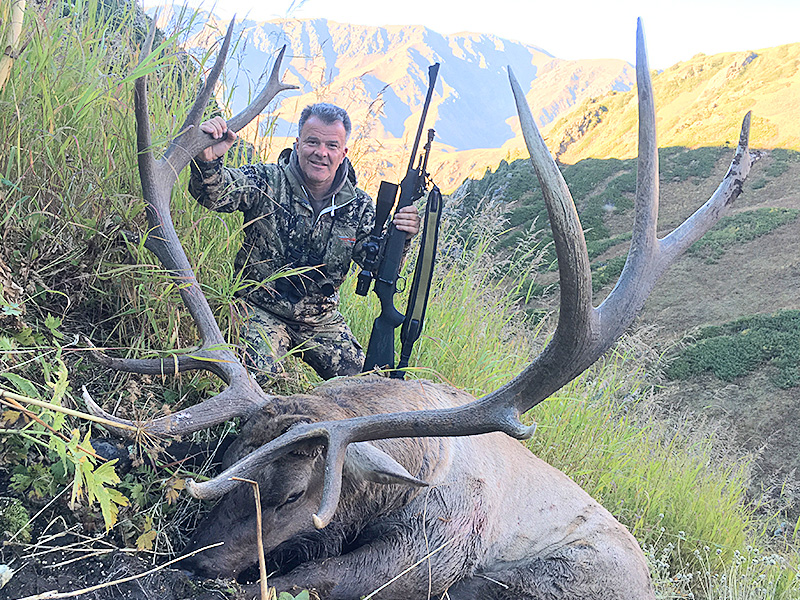 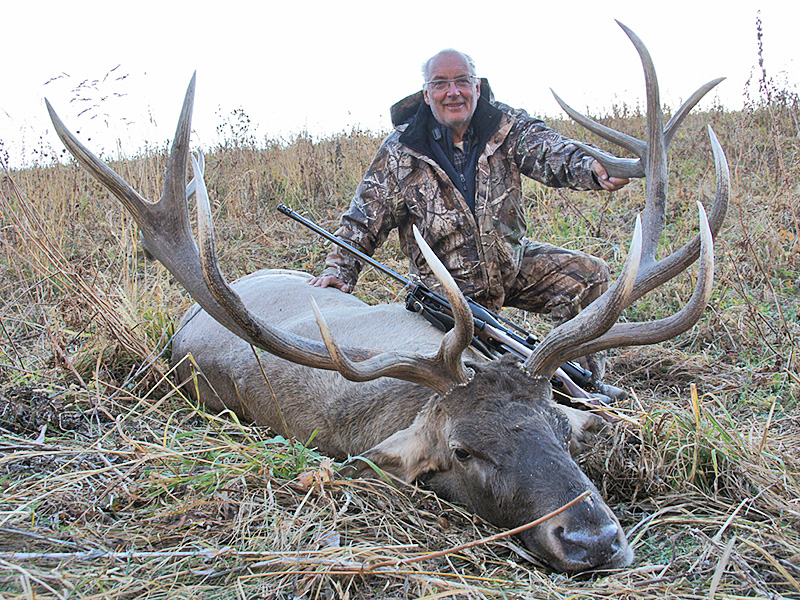 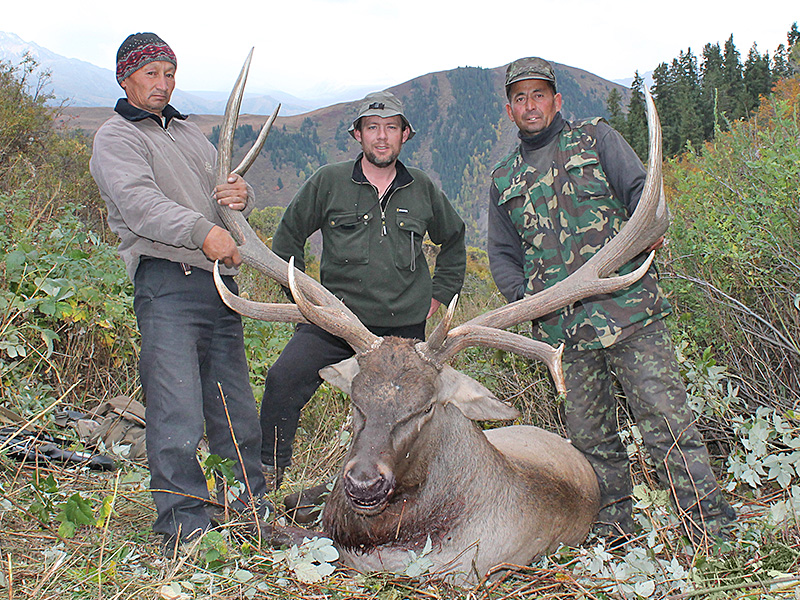 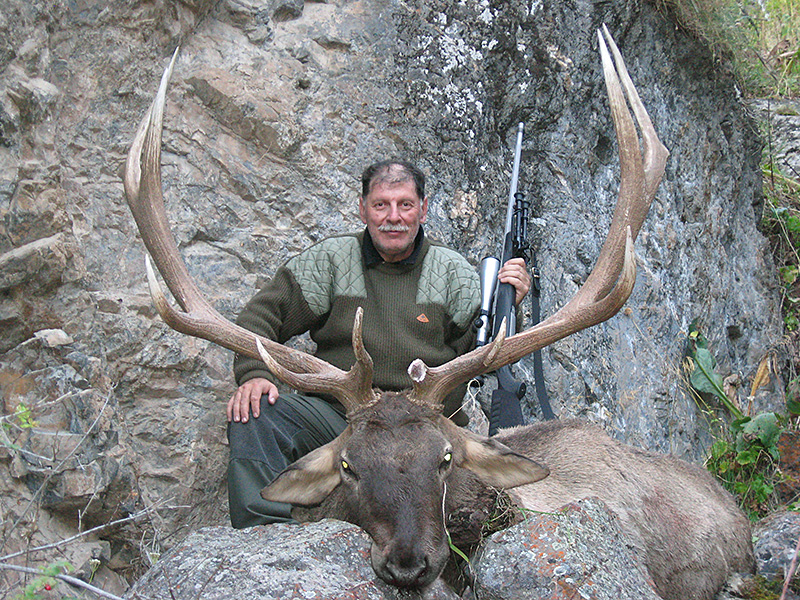 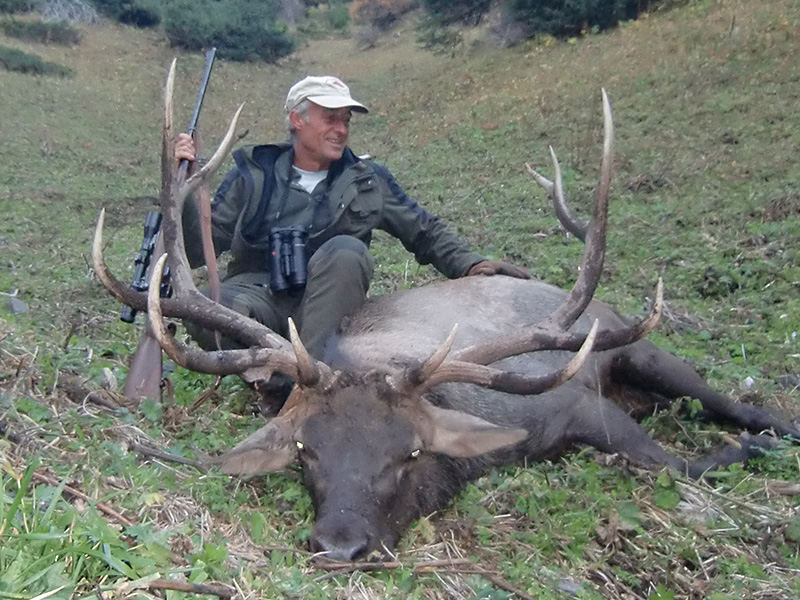 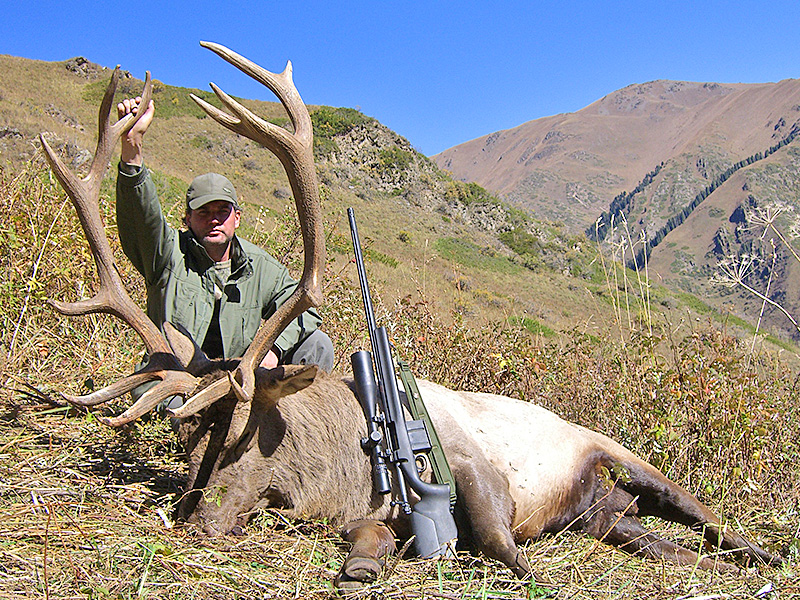 The Tian Shan Wapiti is the largest of the Asian Wapitis and a magnificent trophy. The antlers are massive and similar in form to those of North American Wapitis. Hunting areas are located in Eastern Kazakhstan bordering with China. ProfiHunt Ltd has been guiding Maral Stag hunts for over 20 years with almost 100% success.

You arrive in Almaty. Our crew meets you at the airport and assists through the customs. Then we transfer you to the hunting area.

Bugle Maral hunts run from September 15 to October 10. It is the most exciting and the most successful time to hunt. September and October are best for combination hunts on Maral, Mid-Asian Ibex and Siberian Roe deer.

Bugling a mature elk is one of the greatest hunting thrills. It is not uncommon to hear several Maral calling at the same time. Horses are used intensively to increase success chances. Expect extensive horseback riding 8-10 hours a day and considerable walking. Some riding experience is a must. Temporary tented camps are set up with the specific goal of hunting a particular animal or area. Elk is generally located on open slopes of mountains at 8,000-8,500 feet. Once the trophy is spotted, you complete your stalk on foot. The prime hunting time is in the morning and in the evening

Camps are hunting cabins, tents or yurts. They are clean, warm and comfortable but have no modern conveniences. They are equipped with stoves and cots. The camps are located in mountain valleys at 3,000-4,000 feet. You will find a very good food and a quality service. Electricity is supplied by generating sets.

Usually weather is quite favorable and predictable during the hunting period. During daylight hours the temperature is from 60 F to 70F and at night 40 to 45F. Expect chilly morning and evening, windy conditions.