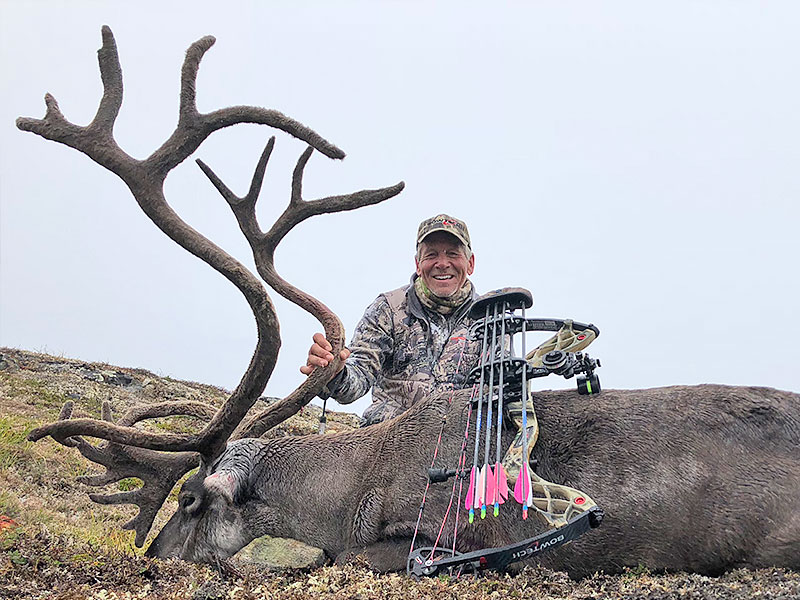 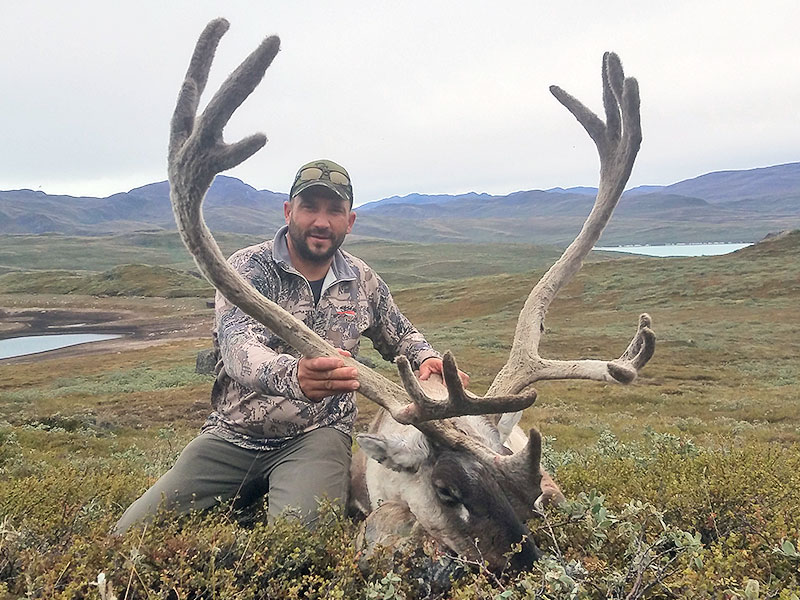 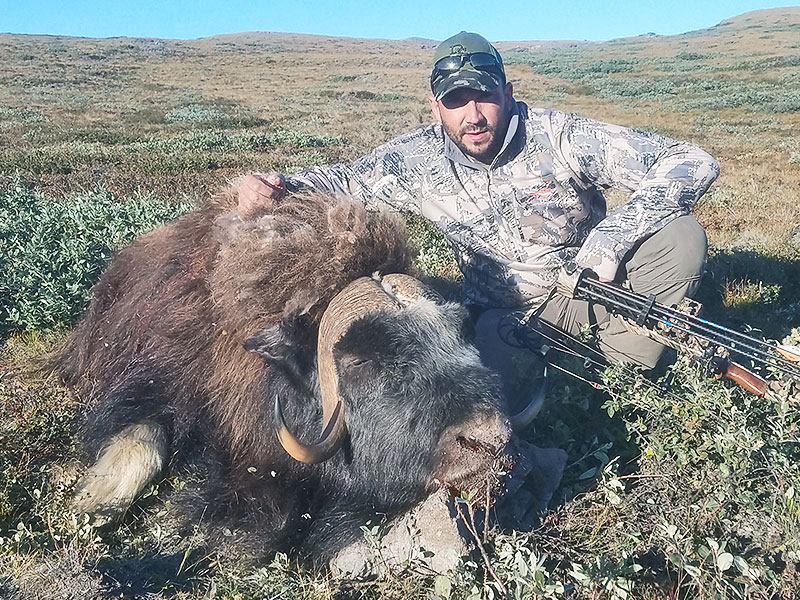 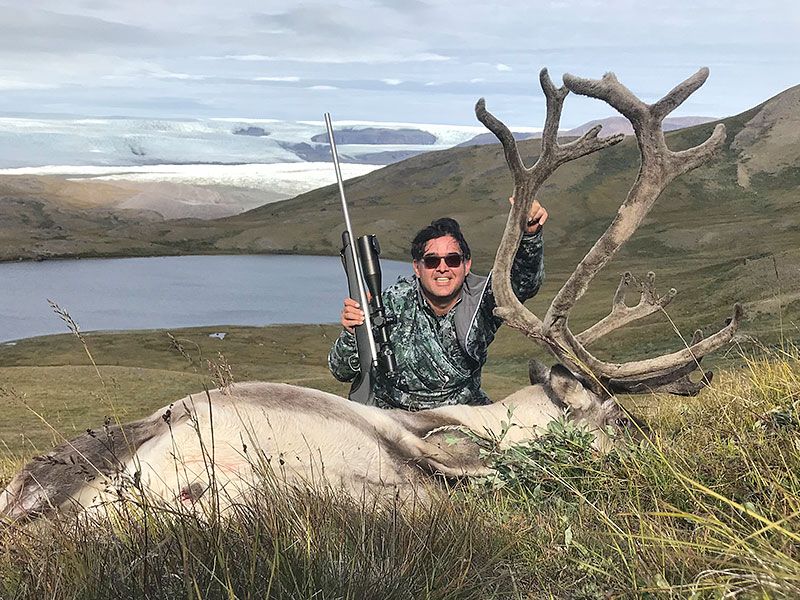 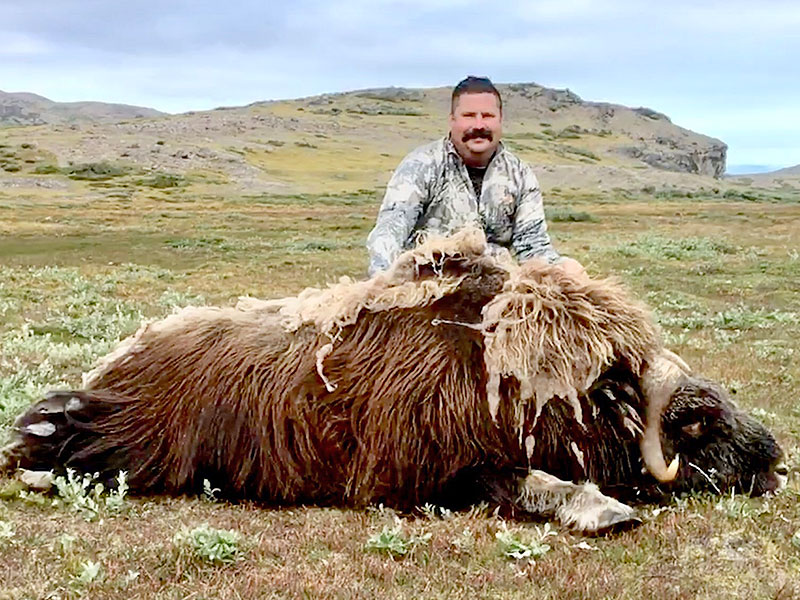 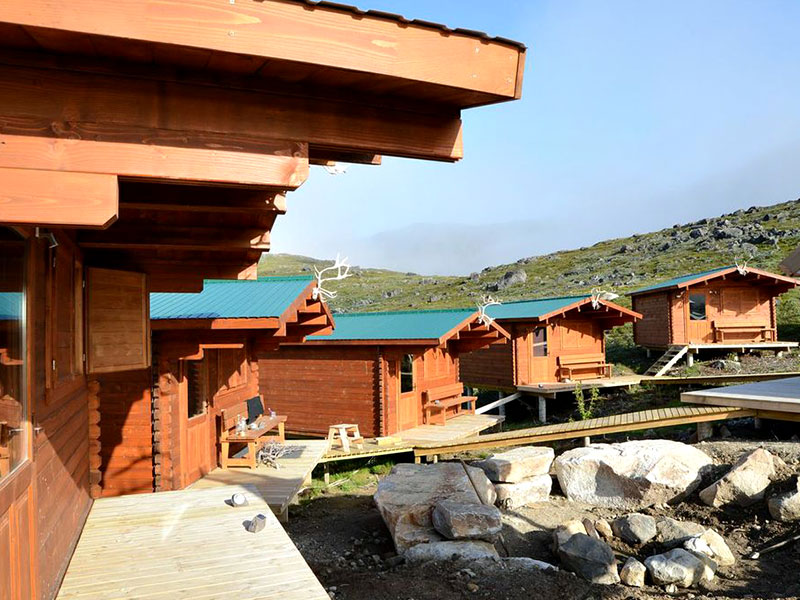 Musk-ox and caribou hunting in Greenland

The hunting opportunities in Greenland are vast and very impressive. With the choice of hunting caribou, arctic hare, musk ox, seal, ptarmigan and marine birds, it caters to the hunter. Our local guides are outstanding and know the area extremely well. All this along with the magnificent nature of Greenland, truly makes musk-ox and caribou hunting trip a wilderness paradise! ProfiHunt offers now a unique huntingexperience in an area of 500 square kilometers on the coast of Southwest Greenland.

The Greenland hunting season is from end of July – throughout September. There is an option of 3/4/6 or 7 night’s stay (or even longer), based on the flight schedule for the Narsarsuaq flight from Reykjavik. The 6 night’s stay is only possible in July and August

In the summer of 2012, ProfiHunt erected the first proper hunting- and fishing camp on the Southwest Coast of Greenland, the first ever permanent hunting-and fishing camp in Greenland. A total of twelve sleeping cabins (twin bed) built around a dining lodge with plenty of room for bigger groups.

How to get there

We fly 3 hours from Reykjavik, Iceland to Narsarsuaq, Greenland. A perfect oppertunity to make a combo tour of these two Northern destinations!
The ProfiHunt camp is located on the coast of Southwest Greenland which is the most accessible and most traveled to point in Greenland. Whether our guests seek solitude, new friendship or want to share a memorable trip with friends or family, ProfiHunt is Greenland Camp is the destination. The camp is first and foremost built for hunting and fishing but is also the perfect destination for nature walks, exploring the wildlife and the wilderness, experiencing the endless fjords, glaciers and all the magnificent beauty of Greenland.

Climate Greenland coastal variable. It is the mildest in the south-west coast. The average temperature in July Qaqortoq 9,6 ° C to 8,3 ° C Nuuk and in January, respectively -7,8 ° C and -10,7 ° C. In summer, sometimes the temperature is just above 21 ° C, but often even at the height of summer the temperature kept near 0 ° C. The lowest temperature on the east coast. In Pituffike average January temperature is -27 ° C. Here, from the surface of the ice sheet at a rate of up to 70 km / h is often blowing strong katabatic winds. In winter, the bay and even fjords on the west coast north of Disko Island freeze. On the southwest coast of Greenland falls quite a lot of rainfall. Average annual precipitation in Qaqortoq 1080 mm in Nuuk – 660 mm, in the far north – only 100-200 mm. In the summer on the coast are often fogs.

Brown Bear hunting in Kamchatka – excellent results
...
More
Himalayan Blue sheep hunting in Pakistan
Our loyal customer T.B. came back to Pakistan this April in pursuite ...
More
Sayan Ibex hunting in Russia – new Capra specie is recognized
We are happy to introduce you the hunting on Sayan Ibex ...
More
Hunt on Siberian brown bear in Irkutsk
At the end of March our client Samsonov Konstantin hunted in the ...
More
All News
The site uses cookies (cookie). If you disagree with the use of cookies, please refrain from using the siteAccept Read More
Privacy & Cookies Policy