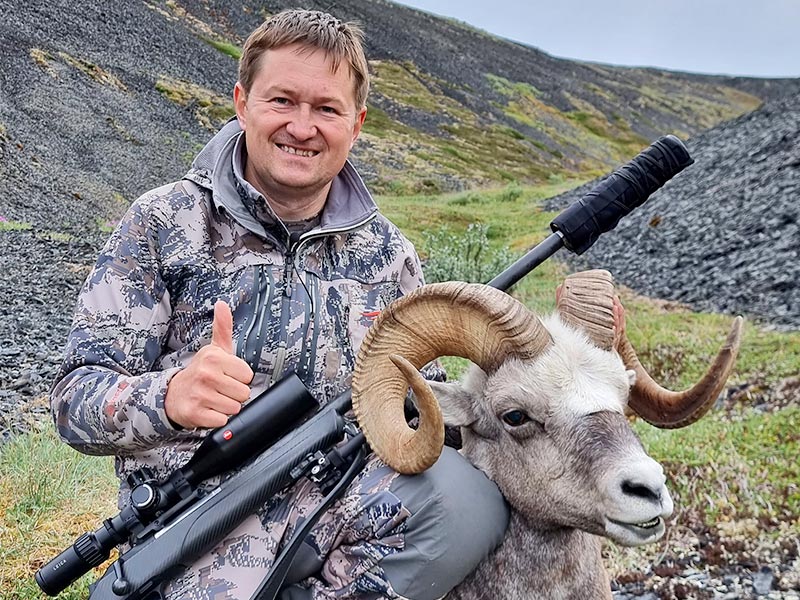 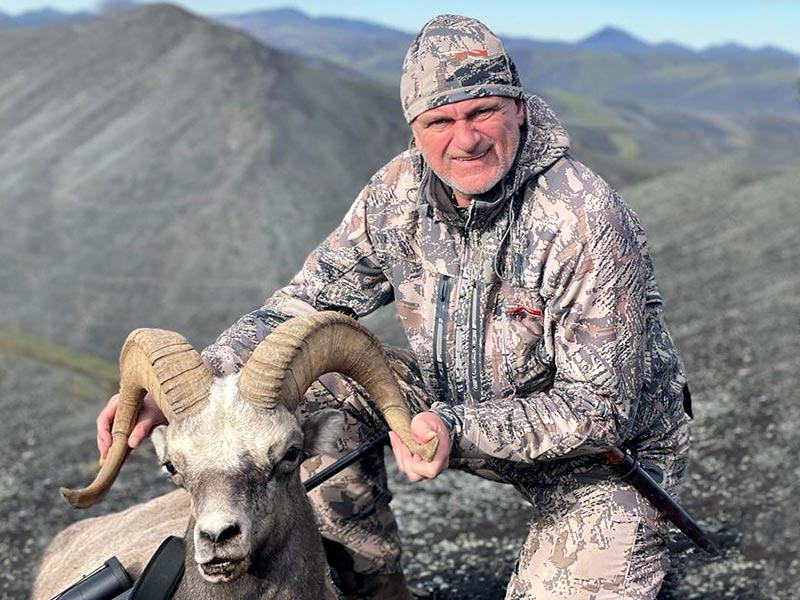 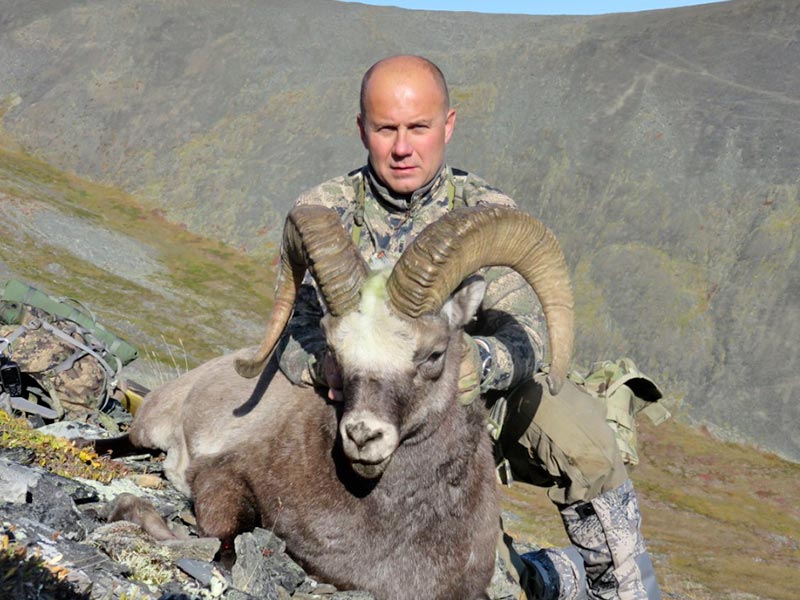 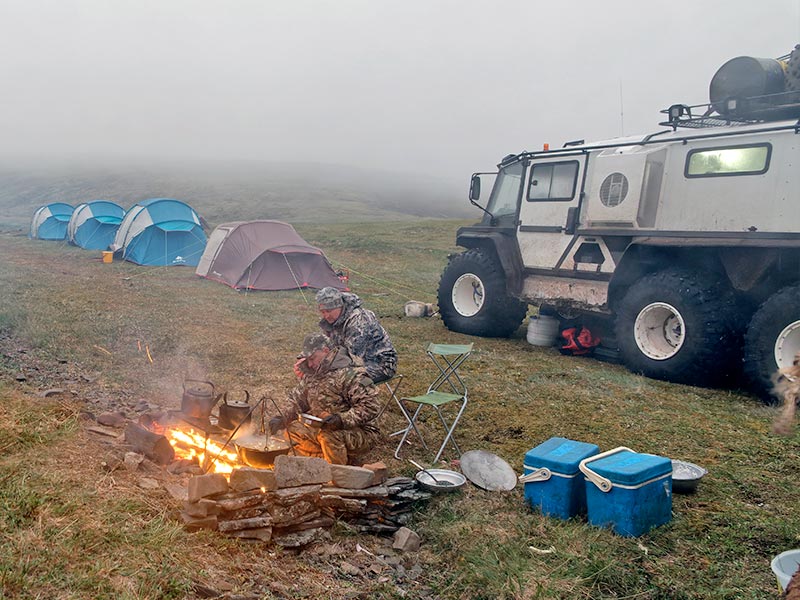 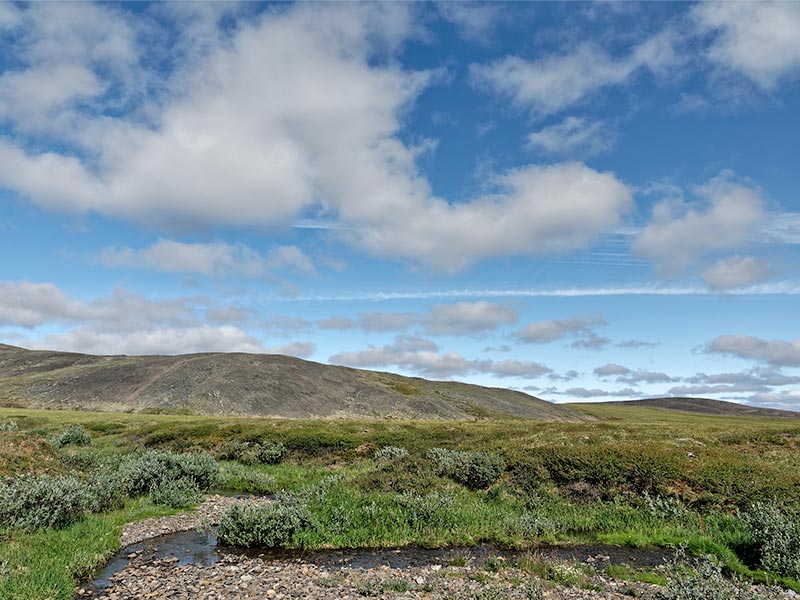 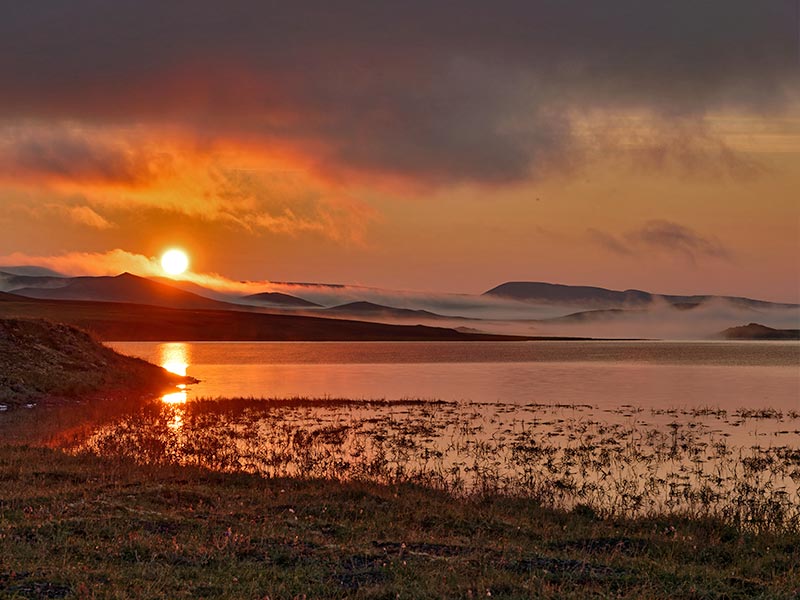 A New subspecies of snow sheep in Russia, Kharaulakh Snow Sheep, is officially acknowledged by GSCO. After years of scientific researches and several highly successful trial hunts, we are happy to announce the official launch of bookings for 2023 hunting season.

You will fly to Moscow where you are met by our crew, and then you will fly to Yakutsk. We will do everything possible to expedite the customs procedure. In Yakutsk you will stay overnight and take a local flight to Tiksi the following morning. In Tiksi you will be met by our partner and transported to the hunting camp.

From August 1st to September 15th.

Hunting is done on foot. Spike camps are used if rams are found far from the base camp. The terrain is not very complicated, but it challenges a hunter nevertheless.

Tented camps. They are usually equipped with stoves and portable cots. The camps are put in mountain valleys at 3,000 feet above sea level. Every camp has a cook. You will find a good Russian cuisine and a quality service.

Russia has a vast opportunity for hunting different species of snow sheep.

Successful duck hunting in Azerbaijan
Congratulations to our French hunter on his good duck hunting in Azerbaijan in ...
More
Pamir Ibex hunting with ProfiHunt in Tajiksitan
...
More
Marco Polo Argali hunt in Tajikistan with ProfiHunt 2023
...
More
BEZOAR IBEX HUNT IN TURKEY WITH PROFIHUNT
Our hunting guest from US has successfully finished his hunt on ...
More
All News
The site uses cookies (cookie). If you disagree with the use of cookies, please refrain from using the siteAccept Read More
Privacy & Cookies Policy