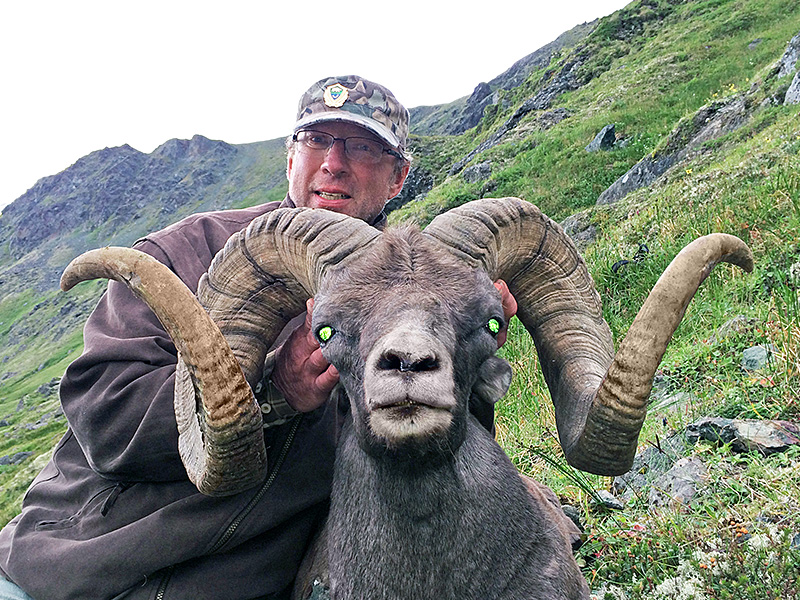 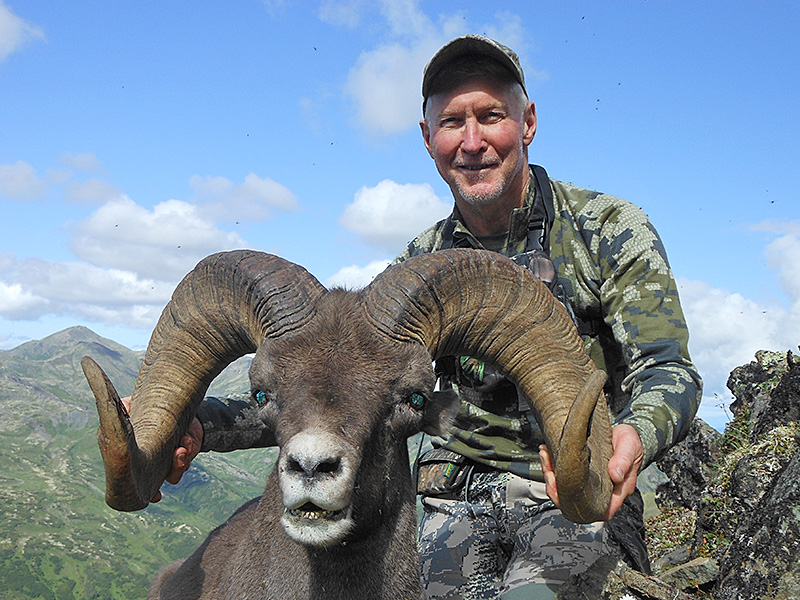 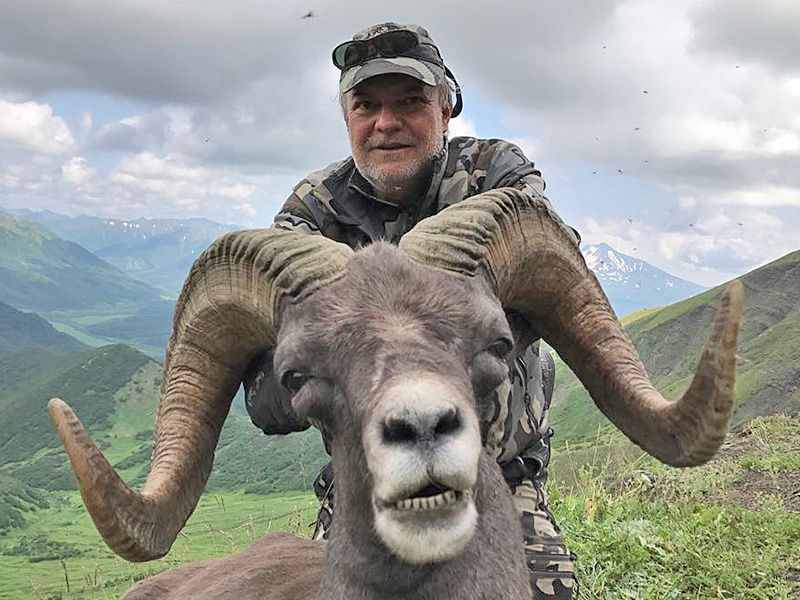 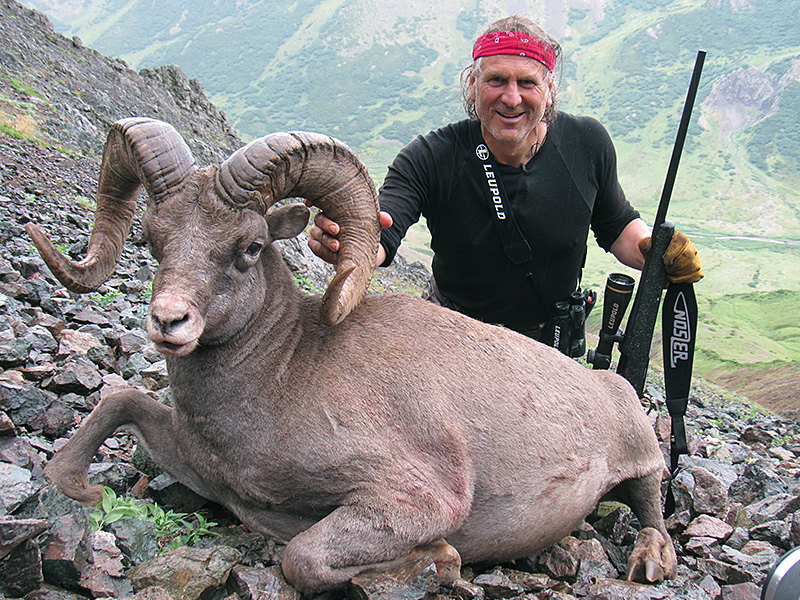 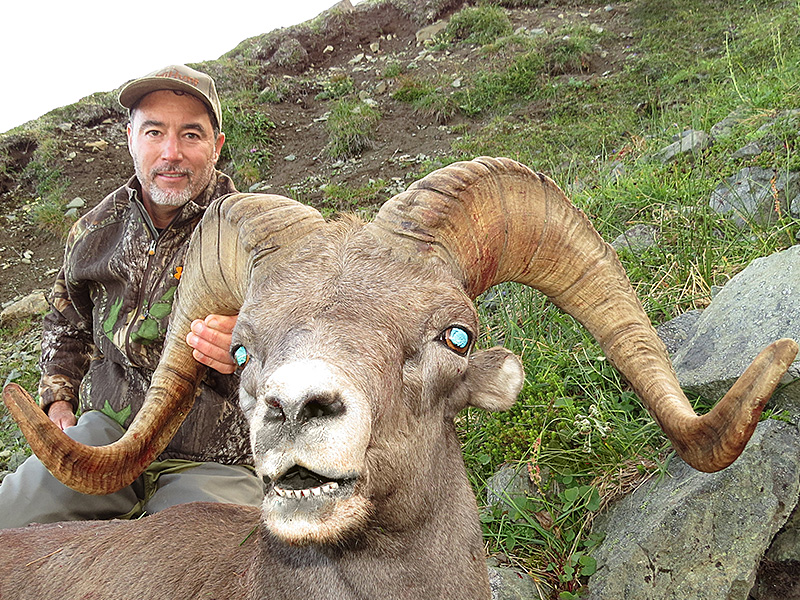 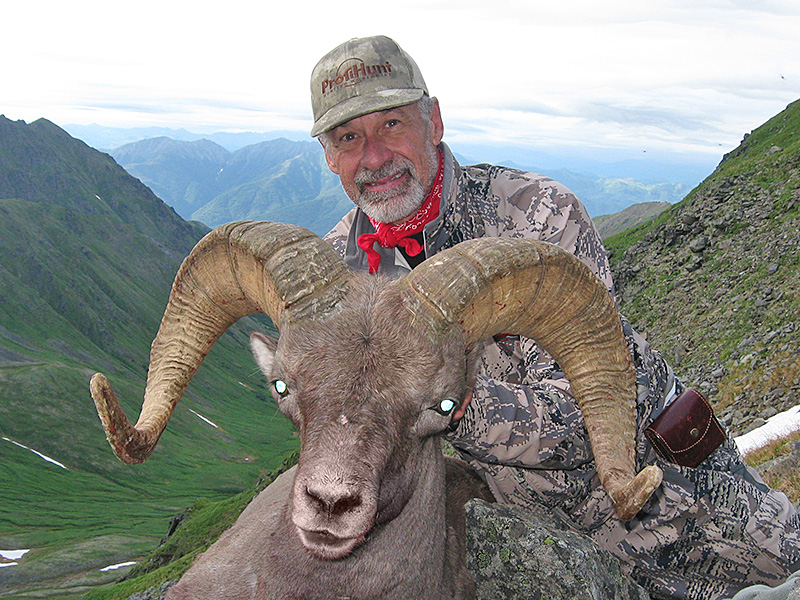 The average trophy size is 34-37 inches with occasional 40 inch ram taken. These Sheep have the heaviest bases of all Snow Sheep of Asia. We do not promise you to see very many rams, but we strive to make your hunt successful. In 2014 our German hunter Dieter Pfannenstein took a New World record ram – am amazing specimen of 46 inches!

For the most part a backpack hunt is traditional and only in one area horseback hunt for Kamchatka Sheep is available (Palana region). Backpack and lots of hard hunting on foot can be expected. Be in a good shape. A temporary tented camp is set up with the specific goal of hunting a particular animal or area.

The camps are modern windproof tents. They are equipped with stoves and cots. There is one separate large tent for dining and one for shower. The camps are located in mountain valleys at 2,500-3,000 feet (800-1000 m). Every camp has a cook who can offer you home style meals. You will find a good food and a quality service.

Kamchatka Snow Sheep inhabit the central and Northern parts of the Kamchatka Peninsula.

Together at the Top!
After SCI measurements, Brian Bailey's Marco Polo harvested with ProfiHunt in Tajikistan became #4 in the World and was officially ...
More
Amur Brown Bear hunting – successful start of the season!
We congratulate our Russian loyal customer Alexey Kim on taking a great ...
More
WILD BOAR HUNTING IN TAJIKISTAN!
...
More
Republic of South Africa: combination hunt on white rhino, crocodile, hippo and plains game – 100% success
...
More
All News
The site uses cookies (cookie). If you disagree with the use of cookies, please refrain from using the siteAccept Read More
Privacy & Cookies Policy
Necessary Always Enabled